I just voted in some awards thing for artists.

And while I was doing it I couldn’t help feel a few things.

One emotion was linked to a certain movement of my hand mocking someone jacking off. I’ll admit, that might have been my inner teen and younger person who considered herself alternative and enjoyed independent films rather then mainstream ones.

The other part of me sat with her arms crossed and brow furrowed saying boo-hoo why am I not up here on this list.

The two sides lay within me as I’m sure they do most people.

I’ve always pursued an artistic path and have never wanted to “sell out” even when I had to take jobs to make money to pay my rent I wanted to make sure I took the job that allowed me the most freedom to spend time making short films on the side or auditioning.

Yes, even if the jobs weren’t ideal.

Then there is the strange world of online blogging. Both wonderfully opening to everyone and also just as political as the rest. Quickly marrying bloggers with companies.

People told me to do this and that and I had already thought of that and this but I also knew my kids were babies, some still just pre-conceived notions and I had to pull myself back.

I did do some hustling for one year.

Thinking maybe I could make money off of this.

And after a year nothing changed, well except Maria Shriver came over to my house and interviewed myself and Jessica.

I am listening to my husband’s words, reminding myself of them, he’s said them for awhile, I am lucky to have this outlet. Don’t let it get to me to try and do more.

Even if I don’t make money off of it and even if I don’t receive external recognition I have to feel satiated just from doing it.

I have and do.

But sometimes something brings up those two images, the sarcastic alternative chick and they very young me wanting to admiration.

As an artist though, what I find I need is to express myself in order to not go crazy.

And since I’ve never considered myself a sell out I have to remind myself it is OK not to be recognized in some kind of media or awards.

I share this because  I have talked to a few creative moms who have driven themselves crazy and who have also walked away from their creative endeavors for awhile, sometimes years, to focus on their kids. 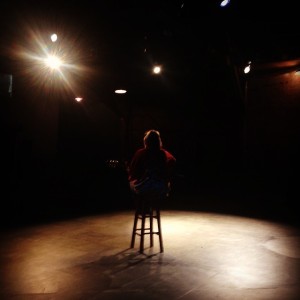 I get it, the list might/probably means companies might endorse you and that’s great, but if you are coming at this from a form of creative expression you’ll only make yourself nuts or worse, compromise yourself trying to get that.

At least that’s what I’m telling myself in my delirious state of mommy hood exhaustion this afternoon.