Look at this closet space!

I would tell every friend who had made the 20 minute drive from “the city” to come see us in the, gulp, suburbs (I choke mentally when I say that word.)

Oh my God, was more or less their response and then I’d see the wheels clacking in their brain. I could have this. I could have these closets. I could have all of this space. If I just moved out of the tightly packed, very child-unfriendly houses into, da burbs.

My old house wasn’t small but it had no closets. Literally my two boys shared a room and they didn’t have a closet. By the end of us living there the baby and I were in my bedroom, the two boys were in a tiny room and my husband was 2 stories down. That sounds pretty good, some of you are saying.

And I am by no means, comparing this to any real problem. It was pretty good. It was actually great but it’s taking me moving out to a “quiet”  “family-friendly” neighborhood to realize this.

I like people and think people are nice where ever you go. People can also be tricky, insecure and insincere wherever you go as well. This is not a post about people.

Leaving my home, a glorified bachelor pad, that became something we kept together with tape, it felt like, once we added 3 kids and a huge dog.

We lived in the city. 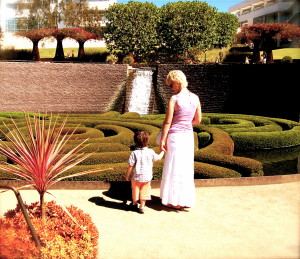 We had a lot of crazy stuff go down in our neighborhood. We lived in a beautiful neighborhood, filled with eclectic people. We also had weirdos who would knock on our door and tell us they were from Highland Avenue and wanted to introduce themselves to us. (That’s a street about a mile away) Meaning they were not really neighbors. I will tell you those stories over cocktails and dinner, they are juicy and good.

Helicopters would often hover over us and drive me crazy. People came to party in our neighborhood, a lot. I wanted to yell at them, this is a neighborhood guys. And they should or could have yelled back, it’s the Hollywood Hills geezer. Sex, drugs and rock and roll are the foundation.

As much as the noise and crazy situations would get to me I deeply enjoyed it.

I loved hearing my neighbors squeaky garage door open. I enjoyed looking out the window at 3AM and seeing my neighbors light on, as he is a writer and loves the night. I of course loved my view.

We all began to know each other. We didn’t have big yards so we’d often take walk on the sidewalks and those of us with kids clung to each other tightly, oh you’ve got a baby, yes, great, playdate, it’s on.

I did hate not having family friendly bathrooms or ease of taking my kids out to dinner.

I hated having them sit in traffic.

I hated that one who was a good sleeper would wake the other one. 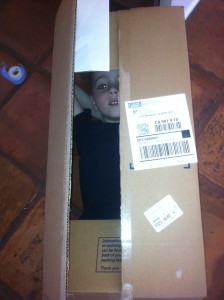 Now I have a lot of room.

We don’t hear anyone. And it’s dark as shit.

I now have a lot of space and privacy yet I’m missing knowing the ins and outs you learn when you live on a street where people are out and about walking, talking, yes and gossiping.

There are lots of cool, smart, nice women in my new hood who have been more then welcoming and they too complain that our neighborhood could be improved if it were more walkable.

There’s a trade off.

My life is easier now.

I kind of miss the crazy and I’m sort of lonely.

Please don’t stalk me, I’m not asking for that. And trust me I feel guilty complaining, my poor husband. 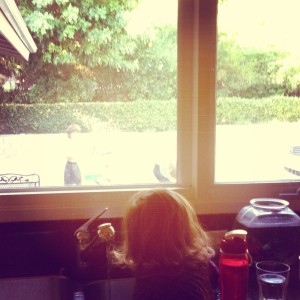 We spend most of our time playing in our new driveway. With no sidewalks & people driving 40 in our neighborhood it’s a safe place for the kids to ride their bikes. It’s eery that there are almost no kids playing or riding bikes in the neighborhood.

Now, if you’ll excuse me, I’m off to admire my closet space.