Oscar Day and Me Judging Myself

When I was younger the Oscars used to promote excitement in me.

Then as I grew into my late teens and early 20’s the Oscars began to become a marker of my own success, or lack there of.

I remember crying after Gwyneth Paltrow won her award in 1998 for best actress. I was 21 and I thought shit, I’m too old, I’ll never get to where she is. 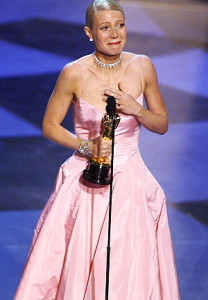 And envious of Ben Affleck and Matt Damon when they won for best screenplay the same year. It was the most exciting Oscars for me, ever. 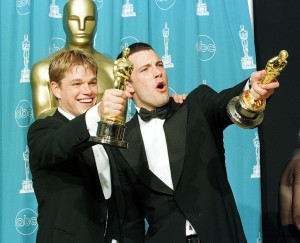 I came to LA to pursue acting and directing. I enjoyed both and knew if I didn’t pursue acting I might regret it. I went on auditions and stopped at 25. I do not regret pursuing it or trying it. It is something that has always felt right for me. 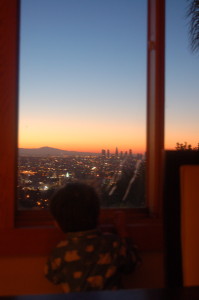 I felt like my strength lay behind the camera and I returned to it. I stopped watching the glamorous actors with any envy when they accepted their awards.

Yet, it still bothered me when I would watch a film that I admired win in an award and I had yet to finish my first screenplay…

Finally, around 26 I did finish my first screenplay. It is titled “Stuck.” It is about a 22 year-old who suffered lots of anxiety at her post collegiate job in a city and ended up returning home to bartend and start filming people’s stories about what they did starting off in the world.

I received some notes on it.

I was working various jobs hoping to find a female director mentor.

Then I became engaged, married and pregnant.

I thought it was over for me.

When I was pregnant with my first I shot a short film. 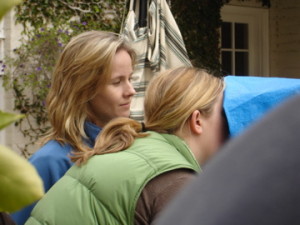 The day of the Oscar’s in 2006 we filmed at my home in the hills which happened to have a birds eye view of where the Oscars were held so you could see the helicopters swirling all around.

It made me feel good to know that I was working on something the day.

Today, I went to the grocery store, in my sweats and clogs. I thought about watching the arrivals with my oldest but then thought eh, maybe, maybe not.

I don’t really care that much anymore.

I thought about how I used to think it was “over” for me if I hadn’t won an Oscar at 21 or 25. And now at 37 I see contemporaries sharing their stories about being moms on the stage and making their own projects and I can’t help but feel thrilled that things are changing for women in this regards.

I’ve talked to so many young struggling actors in LA, obviously.

And seen a few make it big.

I’ve watched way too many talented people not be given even a chance because they simply couldn’t get an audition due to a crappy manager.

I felt so ashamed when pursuing acting out here. I was embarrassed to even admit it. It felt like everyone was doing it, probably just because I was surrounded at the restaurants I worked at, the classes I took etc. by young people doing just that.

And on Oscar day now, as I have been doing for the last few years, I think of all the people struggling to make it.

I no longer hold myself up to the barometer of have I failed yet again by not winning an Oscar(ha) but rather I delight seeing some people recognized and enjoy sharing my crazy struggling actor stories from when I first came to LA.

Circling auditions in BackStage West with my friend Polly. 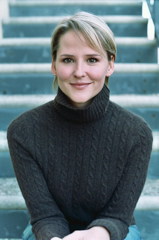 So hats off to all of you out there hustling and a high five to those of us who have become mothers and have chosen to pursue our art in a slightly different path then we might have thought when we first drove from where ever it is you came from. 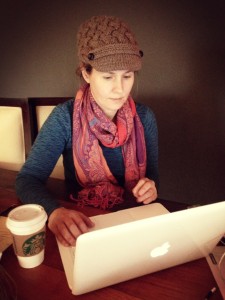