I am in an inter-faith marriage. 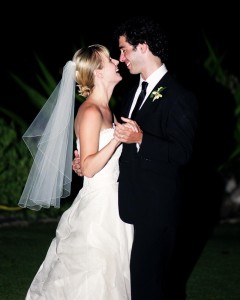 And we still look at each like that. Every single day. Every single moment. All the time. yeah………..well anyways, we still make each other laugh and that’s good.

We’ve been together for 14 years and we’ve worked out the most of the kinks. It’s still interesting and makes you question everything but let’s not talk about all that.

I just want to share with you some art I recently had commissioned. A Ketubah if you will.

A Ketubah(see I need to go Google it to see how to spell it) is a contract you sign when you get married and you are Jewish.

Holy cow I was spelling it right, here is the definition:

ketubah (Hebrew: כְּתוּבָּה ; “written thing”; pl. ketubot) is a special type of Jewish prenuptial agreement. It is considered an integral part of a traditional Jewish marriage, and outlines the rights and responsibilities of the groom, in relation to the bride. Nevertheless, there is no agreement in modern times as to the monetary worth of the ketubah, and its enforceability even in Jewish courts is in question even in theory; in practice it is never enforced.[1]

I had seen probably only two other Ketubah’s in my childhood and I found them very mysterious. Somewhat due to not being able to read Hebrew and also just thinking it was quite bold for a couple to decree their love for each other and put it on their wall.

Kind of forward. Was I of Puritan descent or what?!

Anyways, I’ve always kind of wanted one. A friend had a very cool one made up with her husband. She converted to Judasim, I have not.

I was at a friend’s house a few months back and I kept gaping at some art she had in her front hallways. It was of her three children and it was made from paper being cut out.

This is when I learned about the English artist Sarah Dennis. 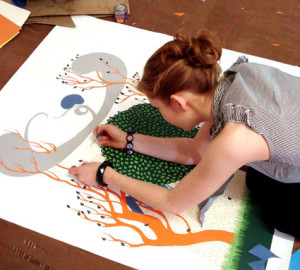 Sarah Dennis is a freelance illustrator and artist living in Bristol. Growing up in the heart of Sussex, she spent much of her childhood life drawing and experimenting with art. Sarah took her first steps into becoming an aspiring artist by completing a foundation course in art and design at Brighton City College. Sarah has always been influenced by storytelling, drawing inspiration from her Grandfather’s collection of old books and Japanese artwork. She has always possessed a strong desire to create a world of her own, fueled buy nature, animation and personal experience.

I contacted Sarah and told her I wanted to make a modern day Ketubah. I told her my vision and she was excited to collaborate.

I sent her photos of my kids and the text I wanted in our Ketubah.

She went about creating and emailing me back and forth making sure I got exactly what I wanted.

So here it is, my modern day, inter-faith Ketubah. 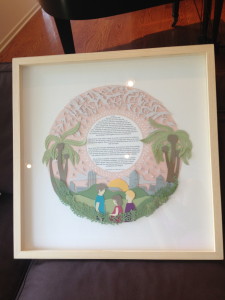 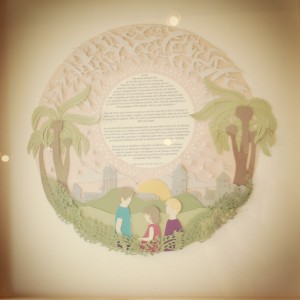 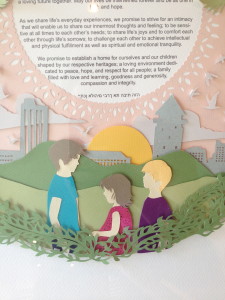 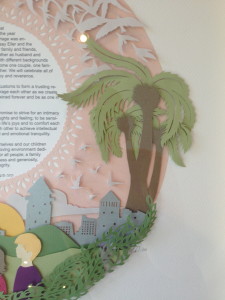 I just admire her work and I wanted to share in case it’s of any interest to any other inter-faith couples out there.