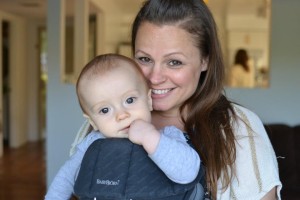 Southern California native, Krista Knott is putting her feet on the Expressing Motherhood stage for the second time in our next show, opening May 10th. Krista had heard about the show originally through a friend and decided to submit when the next round opened. She performed in Burbank, having only to walk down the street from her house to the theatre.

She is a free lance writer who works from home and says she is up late most nights. Her “day job” is mom. Her “paying job” is as the Managing Editor for The Bright Side Project, although if she could stay home and eat bon bons and watch soaps, it would actually be “a marathon of The Walking Dead and a bucket of high quality chocolate bars.”

When I asked her about her first time on the EM stage, she said “the first time I performed was a bit of a game changer for me. I spent years as a struggling actress/unpublished writer and to take these two aspects of myself (coupled with the inextricable role of mother) and mash them together helped me work from feeling like I somehow failed in my past life since I didn’t “accomplish” anything before having kids to reconciling that I am exactly where I need to be. And that I am worthy.” 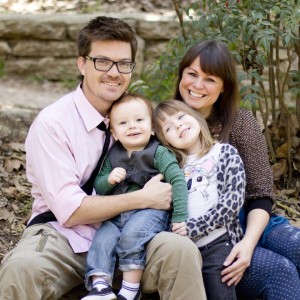 Krista and her fiance Bryan have been together since 2006 and have two children, Finn (5) and Dash (1 1/2). She also has a 13 year old step-son who lives out of state but spends the summers with them here in SoCal. “His sister has full blown hero worship and his visits here even trump the excitement of Disneyland.”

Krista and Bryan have been engaged since 2010 and are pleased to announce they will be getting married on May 20th….the day after Expressing Motherhood closes in Los Angeles!

“We finally realized that, with two kids, we were never going to be able justify spending money on a wedding so we are taking our parents and heading to the courthouse on our 7 year anniversary. Our five year old daughter is, by far, the most excited about this. She is obsessed with brides and grooms and can’t wait to wear her own fancy dress.”

Krista says she walked away from her first performance in EM with confidence, friendship, camaraderie and validation. “I realized it was much easier to perform as an actress because I wasn’t having to completely be myself, you know? To stand up on a stage and tell my own stories, in my own words, was absolutely terrifying. And honestly the most liberating experience I’ve ever had.” 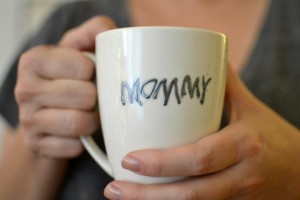 We’re so happy Krista is going to be back on stage at The Lillian in May.

She says “this time is a little scary for me because I’m sharing something personal, something with weight. And that’s exactly why I am doing it. I believe in sharing our scary truths. I’m just a little shaky about doing it while standing in front of a group of people and not from behind the safety of a keyboard…

…I’m looking forward to looking my fear in the eye and doing it anyway.” 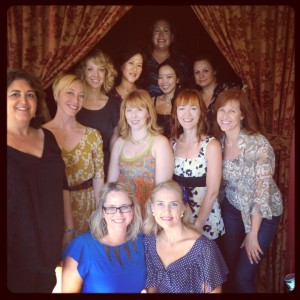