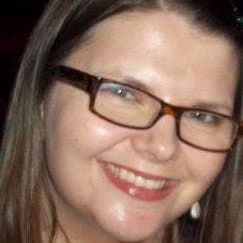 Randi Skaggs, frequent Moth story-slammer and Louisville Moth Grand Slam winner, has performed at the Moth Ball in New York City, and been featured on the Moth Podcast. She also had the honor of performing in Expressing Motherhood in NYC way back when she was a brand-new mom. She has written memoirs, plays, monologues, poetry, and keeps a blog called Bluegrass Momma. She is married with two fabulous children: Stella, 8 and Sam, 3. Randi teaches middle school language arts and is so pleased to bring such a world-class show to her story-loving town! 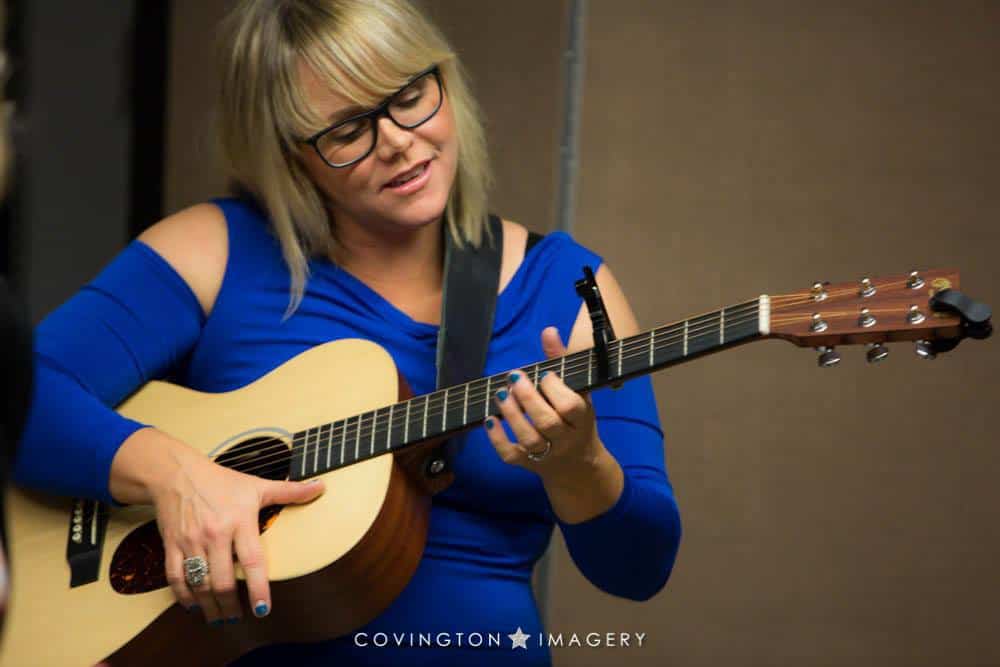 Shannon Noel grew up in Louisville, graduating from duPont Manual / Youth Performing Arts High School and the University of Kentucky. She got her start playing the Queen of Hearts in a bus and truck children’s theater tour taking her across every Indian reservation in the Southwest. Her final show landed her in Yuma, AZ with only $65, so she hopped on the nearest Greyhound bus and found herself living in a hippie commune in Santa Barbara for the next few years.

Eventually Shannon moved to LA and did what everyone does: studied Meisner, sketch comedy, stand up and improv at all of the pertinent training facilities, all while working at the Geffen Playhouse for the greatest man in showbiz, her mentor Gil Cates, may he rest in peace. A few national commercials and several Second City sketch shows later, Shannon got cast in the hit stage show, Expressing Motherhood. There she met her ride or die, Stacie Burrows and together they created Mommy Tonk out of complete and total necessity. She is thrilled to be teaming up with Randi Skaggs to bring her favorite storytelling show to her hometown. Shannon has performed at Second City LA, IO West, The Moth, M.I.’s Westside Comedy Theater, Flappers Comedy Club, The Laughing Derby, The Comedy Store, Zanies Nashville, the New Movement Austin and Laugh Boston. She lives in Los Angeles with her husband and two sons. 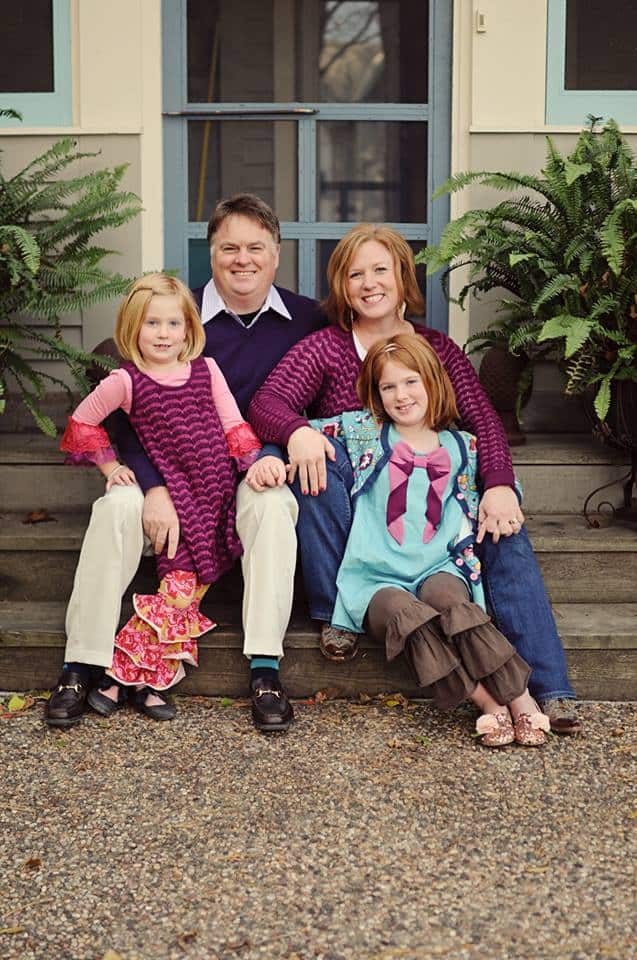 Megan Pederson has been onstage dancing and choreographing for years. The love that started in grade school continued into college and has now turned into a teaching position at the Dance Gallery of South Dakota. The Expressing Motherhood opportunity will now show her the magic of backstage! Megan is connected to, and passionate about, Expressing Motherhood through her life-long friend Lindsay, the creator of show. When the opportunity to bring Expressing Motherhood to Sioux Falls came up, she could not pass it by! Megan also owns and operates Lock It and Leave It Moving and Storage with her husband Bill. 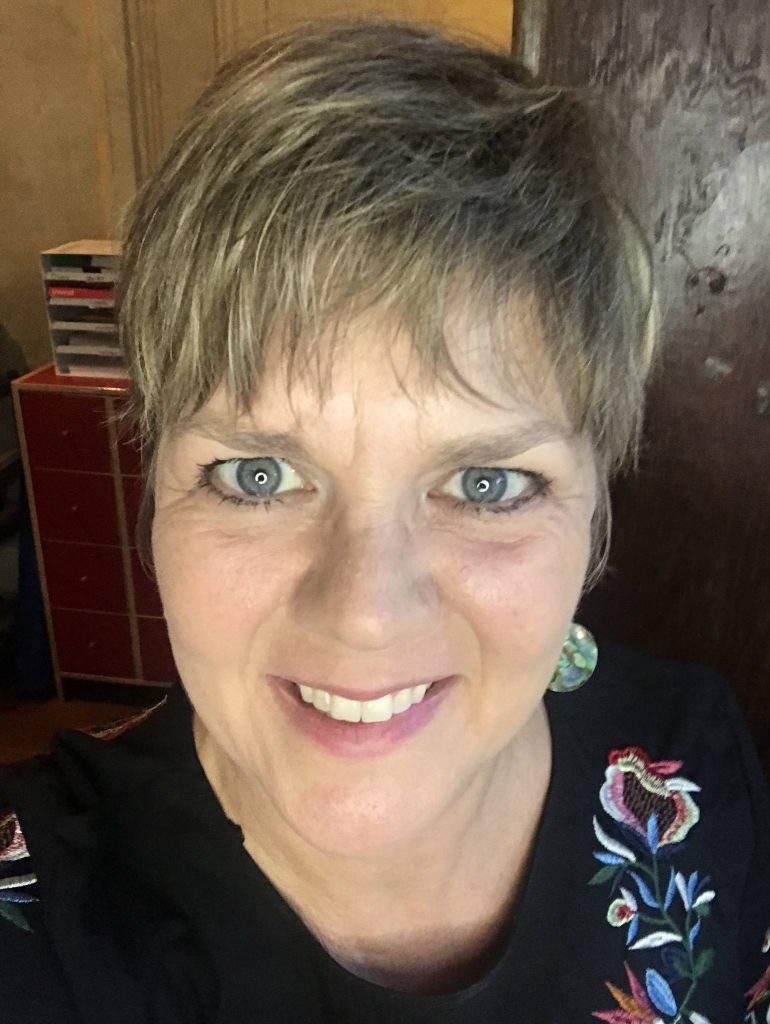 Robin Golinski  has been performing since her first stage appearance in ExMo’s 2010 Boston show.  She began storytelling and doing stand up comedy because of her experience at ExMo!   She founded Boston Comedy Chicks (http://bostoncomedychicks.com), a community created to develop and showcase female talent.  By day she trains and coaches business executives on communicating effectively and dynamically with The Speech Improvement Company http://speechimprovement.com . 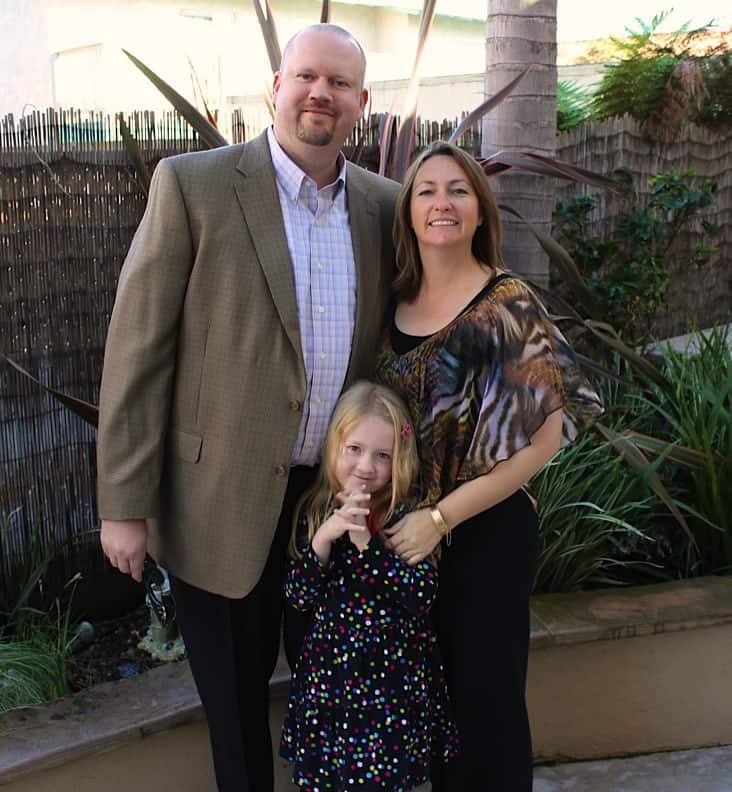 Brandy W. Johnston is the CEO of House Of Johnston. As CEO for the past 6 years, she has created an impressive portfolio as chef, educator, chauffer, housekeeper, costume designer, co-disciplinarian, personal shopper, hair stylist, events coordinator, life mentor, lullaby expert and occasional trash-taker-outer. Johnston also works as a philanthropist with countless non-profit organizations by volunteering as a Girl Scout leader, room parent, PTA volunteer, nutrition docent and stage mom. She works tirelessly, with help from her CFO, Jason Johnston, to bring out the humor and fun in this fast paced and sometimes stressful industry. She boasts that this will be the most important job of her entire career and when her tenure is complete, she hopes to deliver to society a responsible, compassionate and driven young adult named, Hailey.

Prior to her CEO position, she was a supervising producer and producer in Los Angeles, CA and Atlanta, GA. Most recently, she worked for Buster creating and developing promos, commercials, network rebrands and motion graphics for television. She produced / co-produced 7 feature length, micro-budget films during her time as a freelance producer. Johnston got her career start as a project manager for the 1996 Centennial Olympic Games in Atlanta, GA. 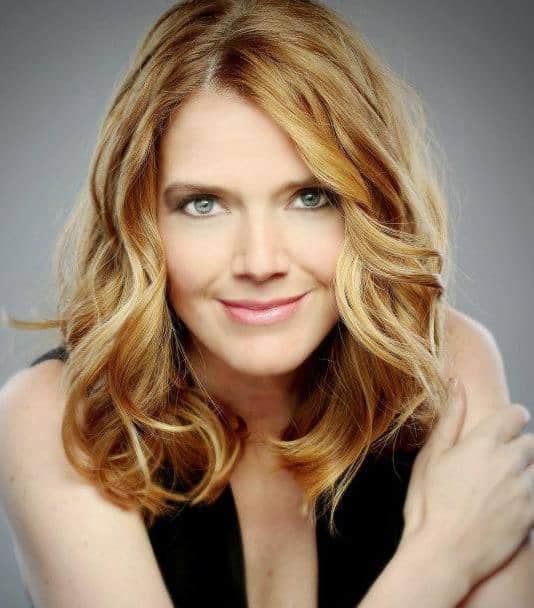 Born and raised in Chicago, Colleen began her career as an kid actor selling cereal toys and candy at the ripe old age of eight for $38/day. Back then she was mostly in it for the craft service and missing school. She is a Second City Conservatory alum of both the LA and Chicago programs. In addition to writing, directing and producing, she is also one of the founding members of the sketch comedy group The McGillicuddys and producer and founder of the all-female sketch show Slippery Handles, which is also the name of her blog. Slippery Handles came out of Colleen’s experience in searching for the funny in a not so funny battle with cancer. A self-proclaimed not-your-mama’s-mama with an affinity for swear words, Colleen counts herself blessed to be the mama of one super-smart, supremely hilarious and always patient little girl. She also has an amazing, supportive husband who helps her to appear sane at parties. Colleen’s current projects include work on her original, fully-improvised comedy #Actress and producing her first feature film Blind Faith.

Her credits include TV, Film, Commercials, Print and Theater. Colleen does a bit of stand-up now and then. She is so excited to be producing this Expressing Motherhood Chicago show. 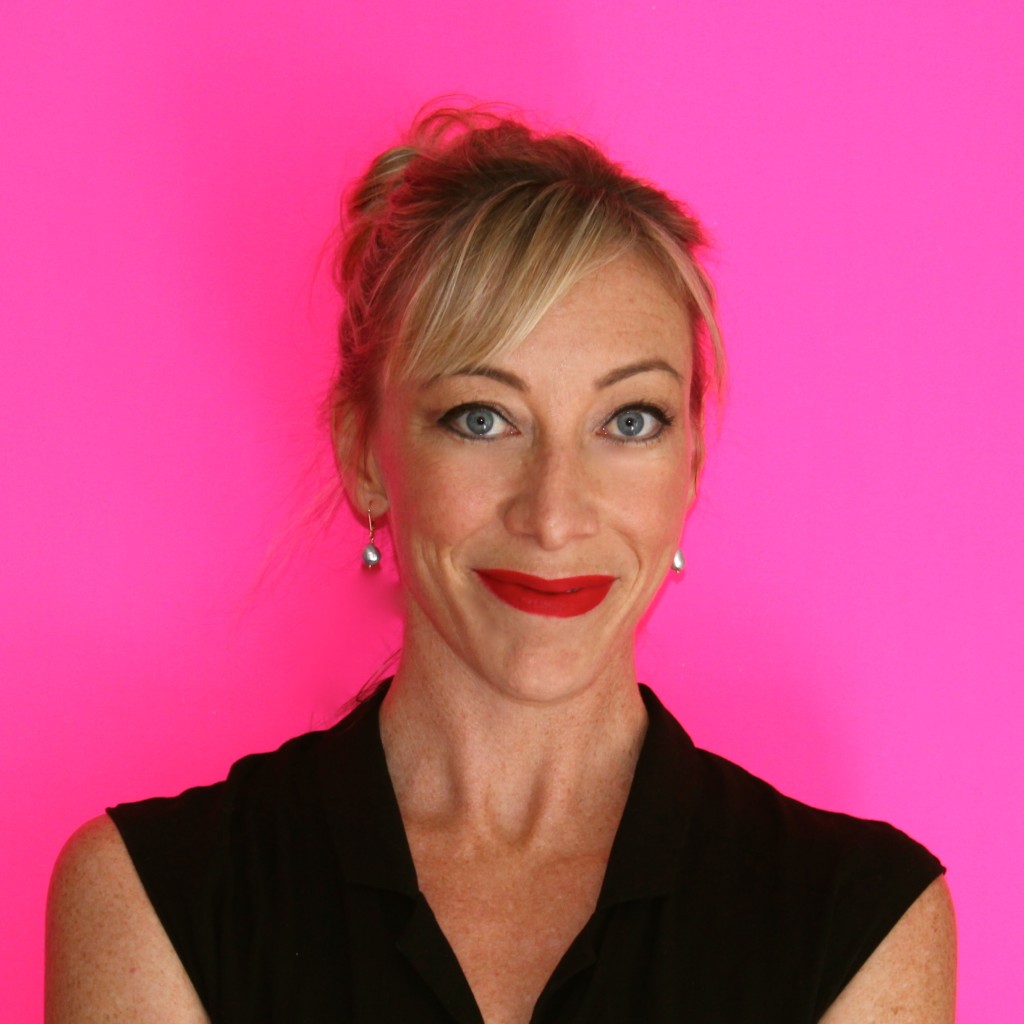 Jacquelyn De Longe is a three time performer of Expressing Motherhood Los Angeles and is pleased to direct and produce this national community building play in Santa Barbara. She began her production career at 20, driving a van of film reels around Hollywood and with in a few years worked her way up to Associate Producer in commercial VFX production. Tired of 60 hour weeks her creative interests led her to earn her a degree in Fine Art from Art Center College of Design, followed by years of experience in the Los Angeles art world, working for major galleries and prominent artists. Now a resident of Santa Barbara this mother of two (4&6) splits her time between writing for West Coast newspapers and magazines, advocating for children’s art programs as a local member of the California Alliance for Arts Education, and trying to raise the next generation of decent human beings. 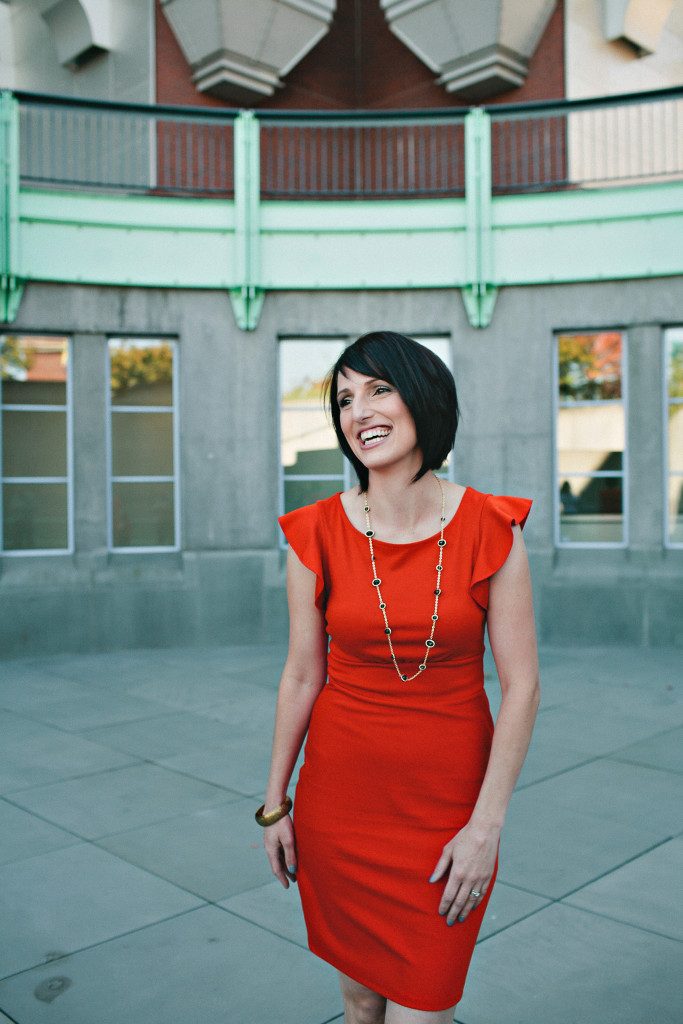 Andrea was born and raised in the Seattle/Tacoma area and has a love for everything Northwest! Since moving to Redondo Beach, CA, she realizes that she even misses the rain! She is a wife to the most incredibly supportive husband, mom to a spirited, hilarious little girl, and a step-mom to two amazing teenage boys, an entrepreneur and a self proclaimed foodie. She is the founder/owner of AndreaArchambault.com. In her career as a Health Coach she helps moms reduce stress, anxiety and overwhelm, increase energy and get their glow back! Working with moms is her passion as she knows both the joy, challenges, and messiness that come with motherhood.

She is a true believer that we are more alike, then we are different. Everyone has a story and when we share these stories with the world, it brings us closer together. When she attended her first Expressing Motherhood show, she was instantly in love and inspired! As the first story was shared on that stage, she knew that Expressing Motherhood had to make it to the Northwest! Prior to starting her Health Coaching Practice, Andrea worked for a small community theatre company. There she learned the ins and outs of theatre production and management. This job was put in her life to prepare her to become a local Producer/Director for Expressing Motherhood-Tacoma.