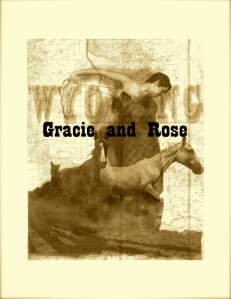 The Hollywood Fringe Festival is coming up and they have offered Expressing Motherhood fans a discount to go see an interesting show called Gracie and Rose, a world premiere described as:

“Gracie and Rose” is a solo play with multiple characters written and performed by Anastasia Coon. Gracie and Rose are two women who fall in love in Wyoming in the late 1950’s. Gracie has been passing as a man, George, for some time, in order to do men’s work and live the way she feels most authentic.

Use the code “expressingmotherhood” to save $4 off the price of your ticket. Here is more about the show.

WHAT:
GRACIE AND ROSE — World premiere of Actor, Voice & Movement Specialist Anastasia Coon’s solo show GRACIE AND ROSE at the 2013 Hollywood Fringe Festival. Gracie/George and Rose fall in love without a clue of what that means. They’re flying on instinct in their desire to be together with no reflection back from the people around them. They build a life together – hidden in love, while living in plain sight. As they contend with the intense demands of the land, the animals, and running a ranch, Rose wants to have a baby… with George.