Heart Matters: My Path Having an SVT

Last night I finally made it to a WomenHeart of West Los Angeles meeting.

Amanda Daniels has invited me for a year now. I met her via an ExMo alum Abby. 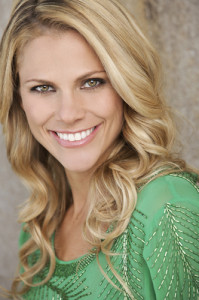 I have a type of SVT called AVNRT.

You can read about it here. Or here.

Essentially I ignored my heart in the Fall os 2012. It started beating very fast. Even just by bending over.

I would lay down and watch with some amusement as it pounded,  nearly out of my chest. It ended quickly and I wasn’t one to worry about my health. Over Thanksgiving it actually went for 30 minutes but my mom, who is a nurse, was here and she and my husband said to lay down. Possibly without 3 kids at home, two who were very young, I might have gone to the ER but who had time for that?

So I kept drinking 4 cups of coffee, not nearly enough water, too much wine, we had just moved, my parents divorced and the stress was so incredibly much I started smoking, secretly when I could.

Staring at the new trees in my suburban backyard thinking what the shit, f#$%, hell I’m stressed.

But I kept on keeping on.

Until my big episode on January 1st.

Last night at the meeting it turns out two other women had heart attacks on January 1st, 2013, the same day!

One of them had her doctor, a female mom cardiologist at the meeting, unheard of! In fact there were three cardiologist there.

There were probably 10 of us. I believe I have the least severe thing there. One woman had even had a heart transplant.

Amanda talked about Mindfulness and not allowing ourselves to get too stressed. I heard from grandmothers talk about the stress they feel as well as us moms to younger kids. Sure we all feel stress but when think about it stress really effects your health.

Yes, some of us are born with issues but these can rear their heads due to stress.

I was very nervous being there, as talking about it makes me nervous but I left feeling very calm.

And I’m going to switch doctors and now see one over there as how amazed I was by the other cardiologists joining the meeting.

They too emphasized how much handling stress and meditating can improve your health.

I hear stories from other women who were too ashamed to ask for a ride to the ER and so they did only to show up and be told they were having a heart attack and would have died if they didn’t come in.

The doctors said, do not ever be embarrassed about going to the ER. They want you to say you are OK, go home.

Heart disease is the #1 cause of death to women.

Ironically the meeting took place on the same floor where I used to get pre-natal check-ups. 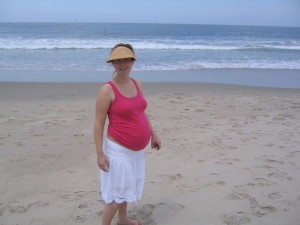 For so long going there so big and pregnant.

I find it completely meaningful that I was brought back because I need to work on my own heart.

Burying things and taking on too much is no longer an option for me because it can cause me to have an attack.

I mean don’t get me wrong I’m petrified to have the procedure if I do but it’s a relief to now know I don’t have to do all those things I did for too many years do make everyone else happy.

I of course want to make my family happy and friends and strangers but I need to be healthy in order to do it authentically.

The Women Heart of West LA meets every second Monday of the month. For more information please email womenheartwestla@gmail.com