This is Expressing Motherhood’ 8th season. 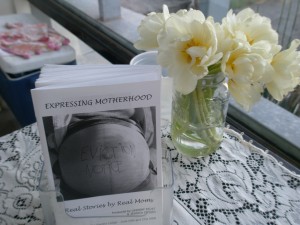 Our first program. I used a photo I had taken of my belly while 9 months pregnant during the hottest summer on record in Los Angeles, with a 60 pound weight gain to boot.

In looking back over some photos during the first show back in June 2008 it’s clear to see that, we’ve aged. 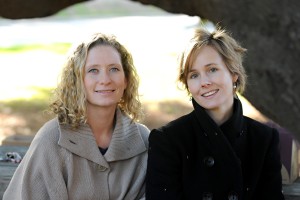 Kidding aside, it’s also clear to see that we’ve been busy. 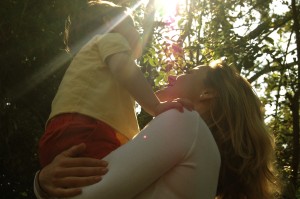 Me and my oldest, when it was just him.

I only had one child when the show debuted. Jessica had two already. Our good friend Polly died the month before we debuted ExMo and the show could not have been a bigger gift as I threw myself into, literally as a means to channel my grief.

Jessica actually had to miss our first show as she contacted Meningitis! We kept thinking I had caused her to have a mental break down. Fortunately that was not the case.

Jessica being the superwoman she is made our programs from her hospital bed. 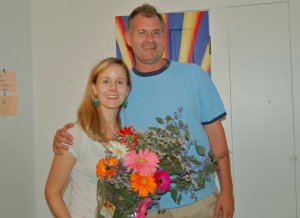 Terry! The first person ever cast in the show. I was scouting for a theatre and Terry was so effusive about my idea he said I have to be in it. I agreed, you do and so he was. I called up Jess and said, “I’ve cast our first person and he’s a man.”

As we say though, the show must go on. 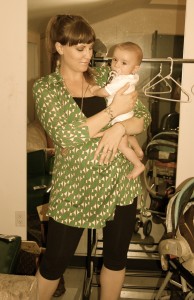 Within a year it was selling out and we took it, both pregnant this time to NYC turning our idea over the phone into a national play that was actually connecting with people.

Jessica and I being filmed for an LA news station.

I adore being a part of the show and look forward to announcing two new cities where it will be headed this Fall.

Get your ticket for next week’s DTLA show at 7:30PM.