Many time Expressing Motherhood performer Shannon Noel and I have started a challenge to ourselves to feel better. 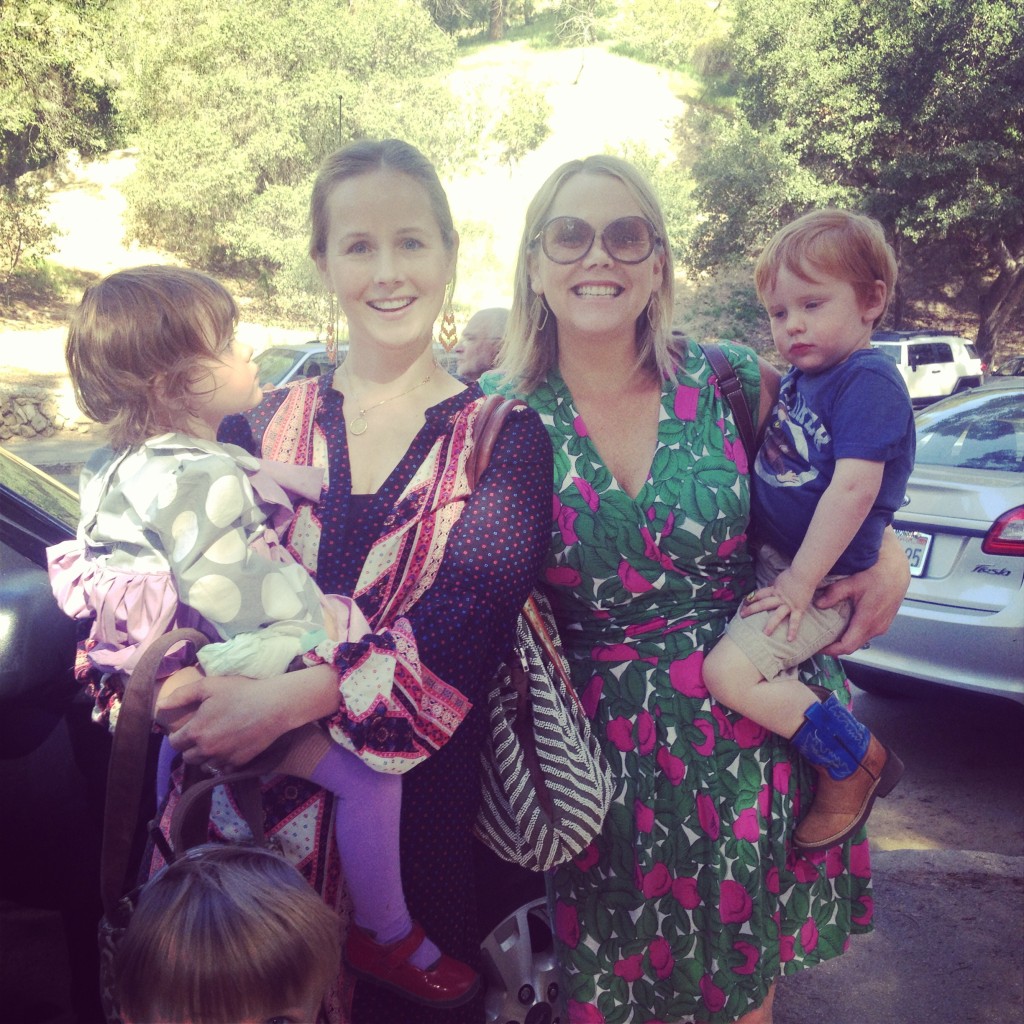 We’re going public with it to feel ashamed if we fail.

Well not really. Really it’s just to help us follow through and have some fun with it.

Since spending January 1st in the ER with a racing heart and being diagnosed with having an SVT I’ve been on a mission to figure out how to take care of myself better. 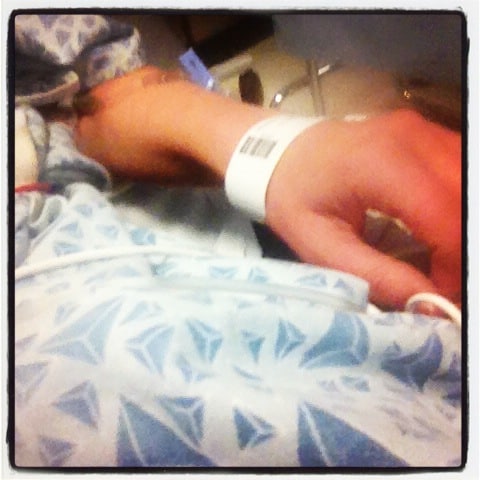 I tell all parents this now. Don’t drive yourself to the ER. It’s more comforting to and safer to have someone drive you. Breaking news, right?

Of course we all know what to do. Actually getting it done combined with some new beta blockers I was taking that “calm” my heart, I’ve been trying to re-adjust myself.

My SVT is called AVNRT. Last Fall my heart started racing really fast for short intervals. Sometimes by just bending over to pick up a kids sock it would click and then it was off. You could see it trying to escape my body. The longest episode was for 30 minutes. My mom and husband and I sort of ignored it.

On January 1st I woke up really, really tired and dehydrated, much like other days. Plow through it, I said, only my body said, not this time. After 45 minutes of a heartrate around 170 I drove myself to the ER(I’ve learned that’s not a good idea now.) But with no family in town and 1 husband and 3 kids I felt foolish as if I were headed off to the spa.

Cut to a doctor ripping my gown off(OK that’s an exaggeration) and throwing an IV in my arm saying he was going to give me medicine to my heart that would make me feel like a chair would be pulled out from underneath me. Uh no thanks. I’d like to check out of this spa now.

I was scared to my core.

The medicine didn’t work until the third time and I had a feeling the paddles behind the increasing amount of nurses watching me were our next option. Turns out I was right.

Fortunately, I converted and my heart rate went back down to normal. I went home after asking for some “chill me the hell out” pill and crawled under my duvet and went to bed. Screw my mom guilt I obviously needed to take care of myself better.

I’ve probably had this all my life but there’s a probability that by me exasperating the situation of not sleeping, not drinking enough water and drinking too much wine combined with swallowing too much guilt, anger and sadness it just said enough. 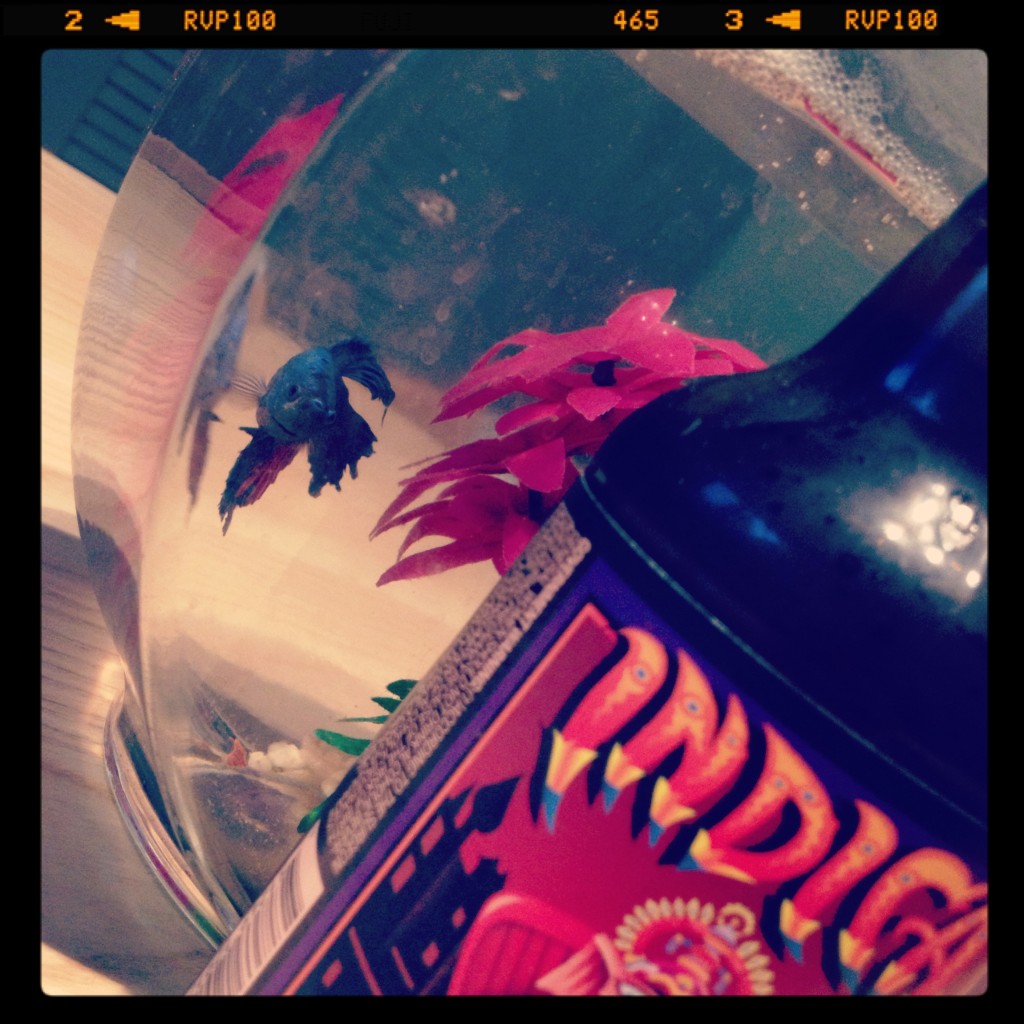 The family fish jealous of my beer. 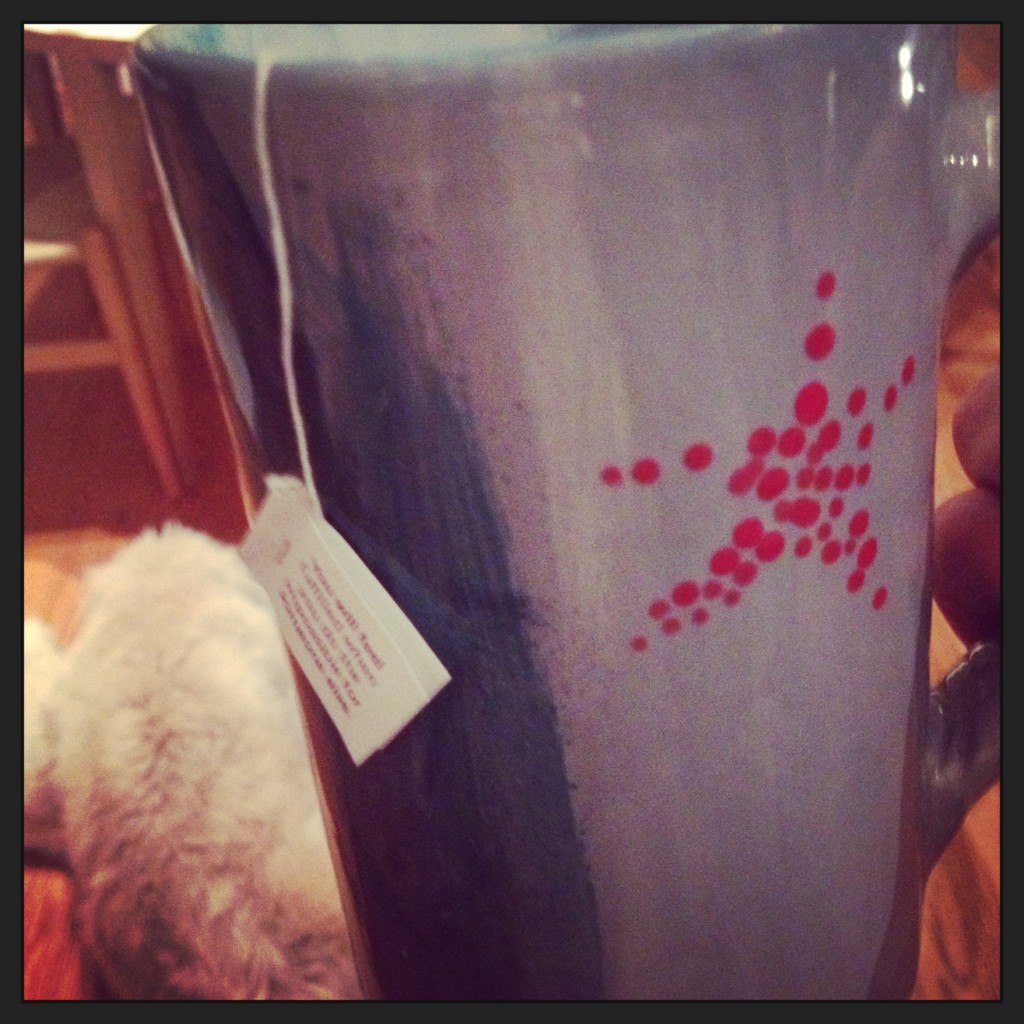 Herbal tea. Not as much fun as coffee. Fact.

I’m not overly concerned with fitting into my old jeans but I am concerned with being health, staying strong and having energy so I’m not so damn grouchy with my kids.

I’ve been inspired by a lot of fellow moms this year. MomsLA and their #MakeBetter Challenge for example, friends who have stopped drinking, my in-laws who are in their 70’s out hike me for fricks sake, past performer from our Boston show Julie Mudd has become a lean mean fighting machine over the last few years! 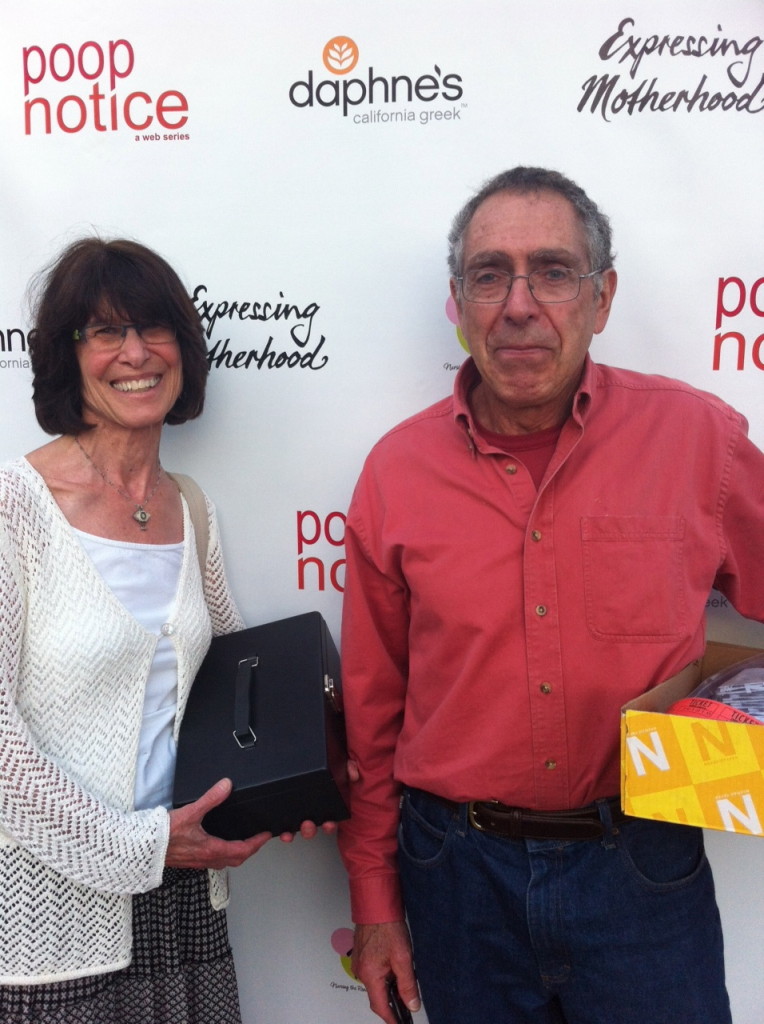 My in-laws are in their 70’s and still bike the world. Literally every other month they do that.

It’s been 7 months of seeing two EP’s, my shrink, an acupuncturist, a regular doctor, writing about what’s been bother me and cutting back on coffee & vino to try and feel better. 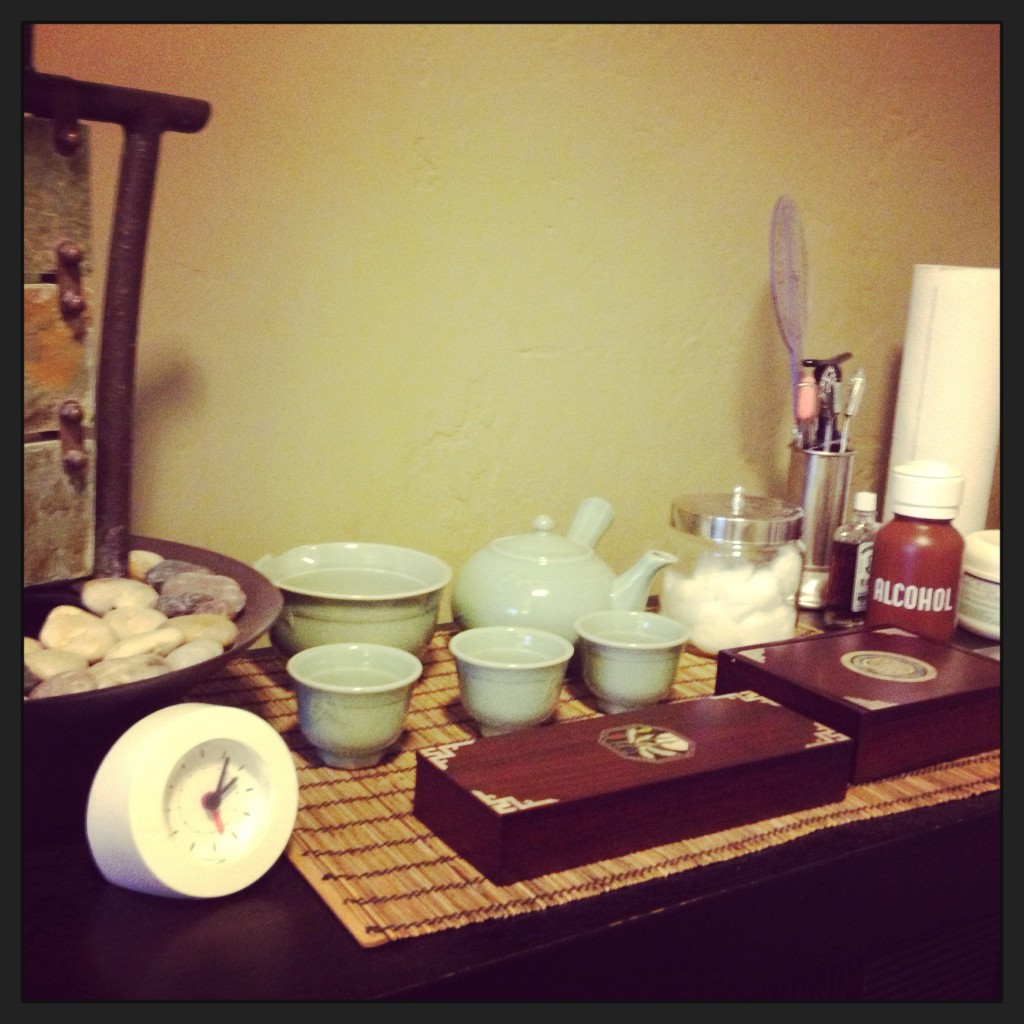 Scenes from my acupuncturist office. I love that guy by the way. He really calms me down and says I can have 2 cups of coffee a day and drink moderately “Because what the body is denied, it craves.” Yep, he’s great.

And I have been feeling better. I’ve only had one more attack, strangely enough on a Sunday…I was able to convert myself at home after 30 minutes.

Now I want to try and push myself more. Because I’m still feeling too bloated, too cranky and I know I need to make even more changes, perhaps harder ones for me then making sure I make my acupuncture appointment.

I feel like a big part of this too is my battle with my guilt. I feel guilty spending time away from the kids exercising. Stupid. I know. I even feel guilty having to have spent that time going to all of the doctors appointments this Spring. Just plain dumb, I know, yet still I wrestle with it. I’ve told by all of them to exercise, eat better, relax and not be so hard on myself.

So last night I drank a lot.

I went to bed not having snacked and asked my husband “How do people go to bed without snacking or having a drink?” As I lay there sure I would never fall asleep.

I did and miraculously my kids slept until 6AM. I got 7 hours of straight sleep. My daughter, nearly 2 has gone through that phase where she wakes up obscenely early, think 4:30AM for around 3 months.

I’m tired. I wake up and put on my black stretchy pants but for some reason and not exercising and I find myself snacking far too much and drinking too many beers and wine at night.

Yesterday I woke up saying come on, no more excuses you have got to workout. I put on my black stretchy pants and began driving my 3 year-old to camp. Only he seemed tired and he wanted to do errands with me so I caved. We ended up staring at fish at PetCo among other things that did not include exercising.

I almost bought my scones along with a coffee from Starbucks but I said no, you’ve got to do this. So around 3:30 I took my boys into the driveway plugged in a speaker that allows you to play music from your iPhone and I did what I have always referred to as Lindsay Fonda. I made myself get sweaty hot, red in the face out of breath for 30 minutes. I felt terrible.

That’s a big part of this. I know that in order to keep limber and youthful I need to do this!

Friend and fellow Expressing Motherhood performer Shannon Noel and I have been sharing that we both have been feeling not at our best. We’ve both had recent health issues where we’ve realized we’re not getting any younger.

So Shannon and I are starting something we are calling the ExMoChallenge. Because it’s making us be held accountable and it is more fun with a friend. Last night as I stood gazing at my wine bottles and food cabinet I thought of her. 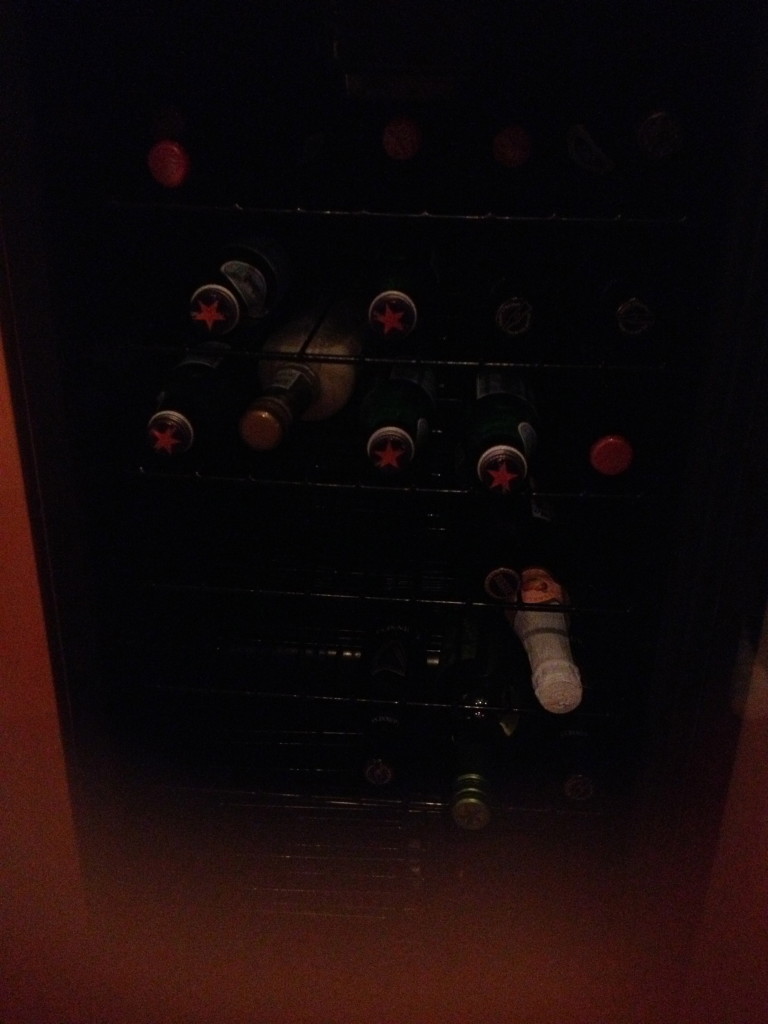 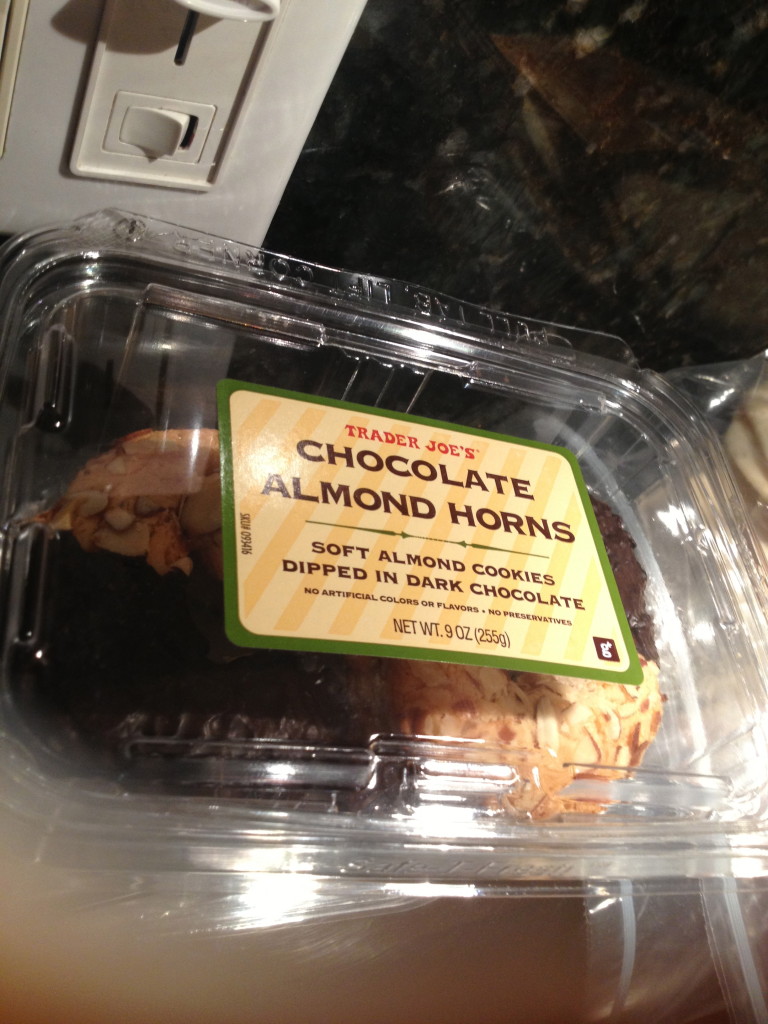 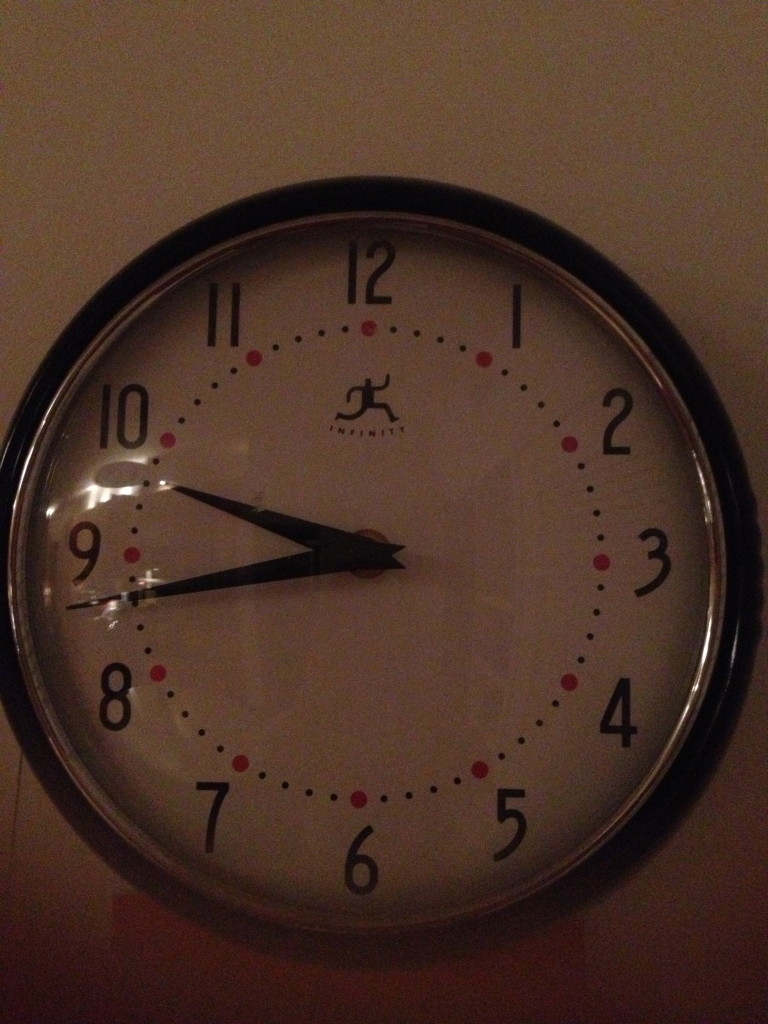 Hard time not to snack for me. 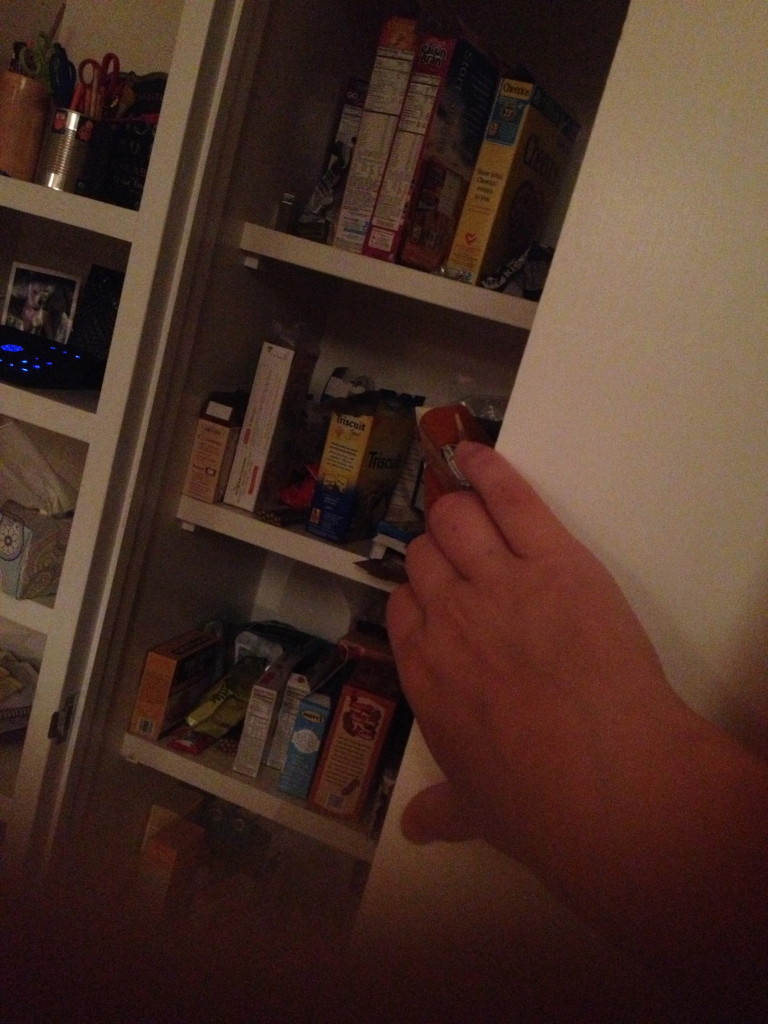 Thus I was able to shut the door and walk to my room and read a book, turn off the lights toss and turn, turn on the light and watch “The Real Housewives of Orange County.” Turn off the lights thinking that shit makes me want to drink. Then finally fell asleep.

You can read about Shannon’s 30 day detox here. I’m going to go for 30 days too. But I’m going to go a bit more French about it…..I’m just a person who does better in moderation.

But I do need goals so here are mine:

No alcohol for 30 days(eh my least favorite)

Eating more protein and not snacking after 6PM

I’m no professional, obviously, but now it’s out there and I have more pressure. So here we go. Join us if you want and use the hashtag #exmochallenge 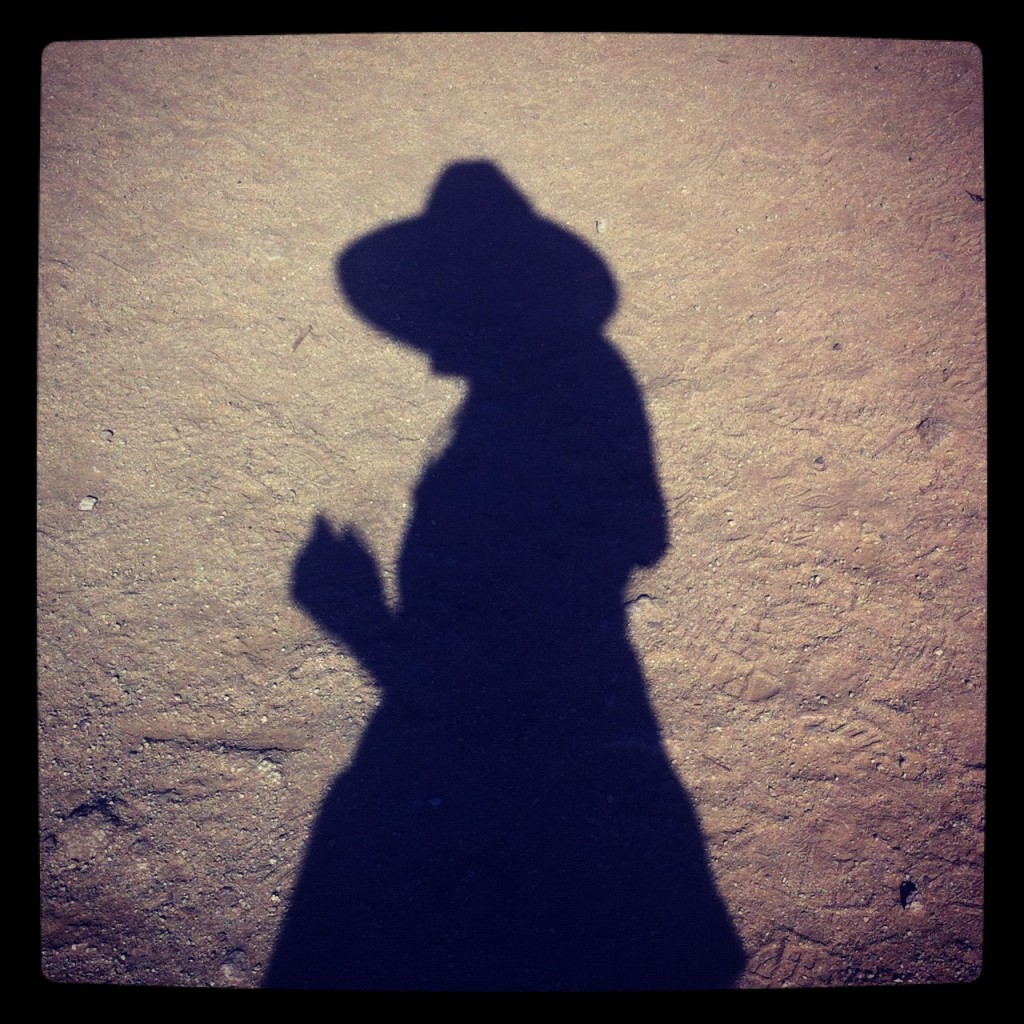 I’m feeling too self conscious to do a real before photo. Besides I’m looking for and inside and outside feeling better.