Expressing Motherhood is headed back to Chicago this November. 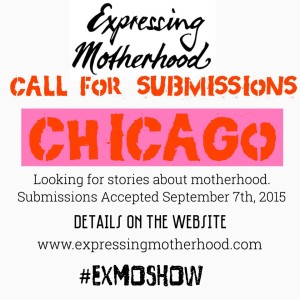 Submissions will be accepted soon, September 7th. Please help us spread the word.

Former ExMoShow Alum Colleen O’Neill will be the Local Producer for the Chicago show.

Born and raised in Chicago, Colleen began her career as an kid actor selling cereal toys and candy at the ripe old age of eight for $38/day. Back then she was mostly in it for the craft service and missing school.  She is a Second City Conservatory alum of both the LA and Chicago programs. In addition to writing, directing and producing, she is also one of the founding members of the sketch comedy group The McGillicuddys and producer and founder of the all-female sketch show “Slippery Handles,” which is also the name of her blog.  “Slippery Handles” came out of Colleen’s experience in searching for the funny in a not so funny battle with cancer. A self-proclaimed not-your-mama’s-mama with an affinity for swear words, Colleen counts herself blessed to be the mama of one super-smart, supremely hilarious and always patient little girl.  She also has an amazing, supportive husband who helps her to appear sane at parties. 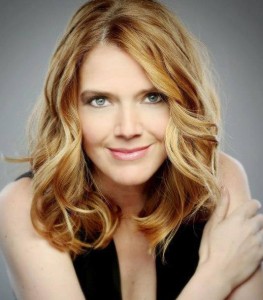 Colleen’s current projects include work on her original,fully-improvised comedy #Actress and producing her first feature film “Blind Faith.”Her credits include TV, Film, Commercials, Print and Theater. Colleen does a bit of stand-up now and then. She is so excited to be producing this Expressing Motherhood Chicago show.

Email her with any questions. chicago(at)expressingmotherhood.com

We will have a rehearsal:

In cooperation with Chicago Children’s Theatre the show will be held at the CCT residence theater The Ruth Page Theater Housed within this historic building is a 218-seat black box theater, a wonderfully intimate and flexible setting for theater and dance performances that offers excellent acoustics and sightlines. The theater is supported by a reception area, concession area in lower level lounge, photographic display area and Box office.