ExMo MeetUp: “The Shelter of Each Other” 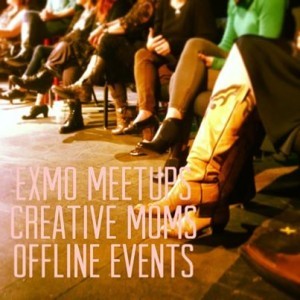 In the last two years I haven’t been as happy as when I housed my family under my roof.

I mean a lot of my family.

We had just moved into a new home 8 weeks prior, I had a 9 month old, a 2 year-old and a 5 year-old and I had recently put on an Expressing Motherhood show. We were commuting our oldest 2 hours a day to finish out his school year at his old school.

I was overweight and incredibly stressed and when all of the sudden my mom’s visit turned into my aunt, my cousin’s, my other uncle and his kids I was thrilled.

Most of us just slept here. Some on our floor. You are probably thinking, sure that’s what you people from Iowa do. But my family from Iowa all come from gorgeous homes that we would be ridiculously un-affordable here in LA and my aunt from Virginia comes from a great place as well.

And the harmony that ensued was at once familiar with the ease it brought and bittersweet as I knew it would be brief.

While one of us cooked the other was in charge of the babies. The young cousins played with each other and after the kids went to bed we all stayed up talking and laughing too late each night.

Every night we sat on our new porch and I wished, quietly, that every night could be that way. Yet since that week it has been mostly under-used.

We lived in an ever increasing isolating world.

I remember when I was in my early 20’s I wanted to make a short documentary about the busboys I worked with. These jovial Latinos who would live 8 to a 2 bedroom apartment while I was renting a huge house in the hills with 4 other guys who had gone to college with me and we couldn’t stop fighting over who got the biggest room. I would title it “Space.” Steal my idea, it’s OK. I’m too busy ;)

People always say, oh “I’m a loser I moved back” to where ever it was he/she was from. In America there is a stigma about that.

But I have always seen the beauty as I grew up in a nomadic lifestyle. I envied community and longed for it.

Ironically I’m raising my kids in Los Angeles, a very transient city. A move to a suburb a few years ago has made old feelings of not having roots raise it’s head and I have stumbled over and over.

I recently sat in a private school I was touring and glanced at a book called “The Shelter of Each Other” by Mary Pipher. 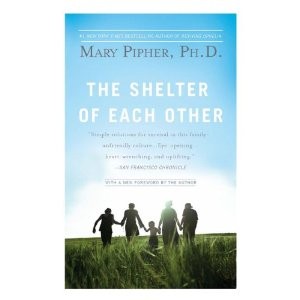 I ordered it off Amazon and am quite moved and taken aback by it.

Expressing Motherhood would like to host an ExMo Meet Up on Tuesday June 3rd at Mama’s Secret Bakery in Hollywood, 9:30AM, $15 ticket. I’ll post an Eventbrite so you can let me know if you’ll be making it or not.

We hope you’ll join us there.