ExMo Challenge One Week In

It’s been 8 days since I’ve started my ExMo Challenge. Well my version of it.

Here are my goals:

No snacking after 6PM

Today I was walking in my exercise clothes at Target in Eagle Rock and a suspicious looking man stopped and said “Beautiful.” I said  thank you in an overly perky voice, hoping his girlfriend, or at least a woman he felt comfortable enough to grab her waist, did not get offended by him saying that.

Then I reached for my wedding ring and realized I wasn’t wearing it because I’m still bigger then when I first received it and had just done yoga and I was bloated. 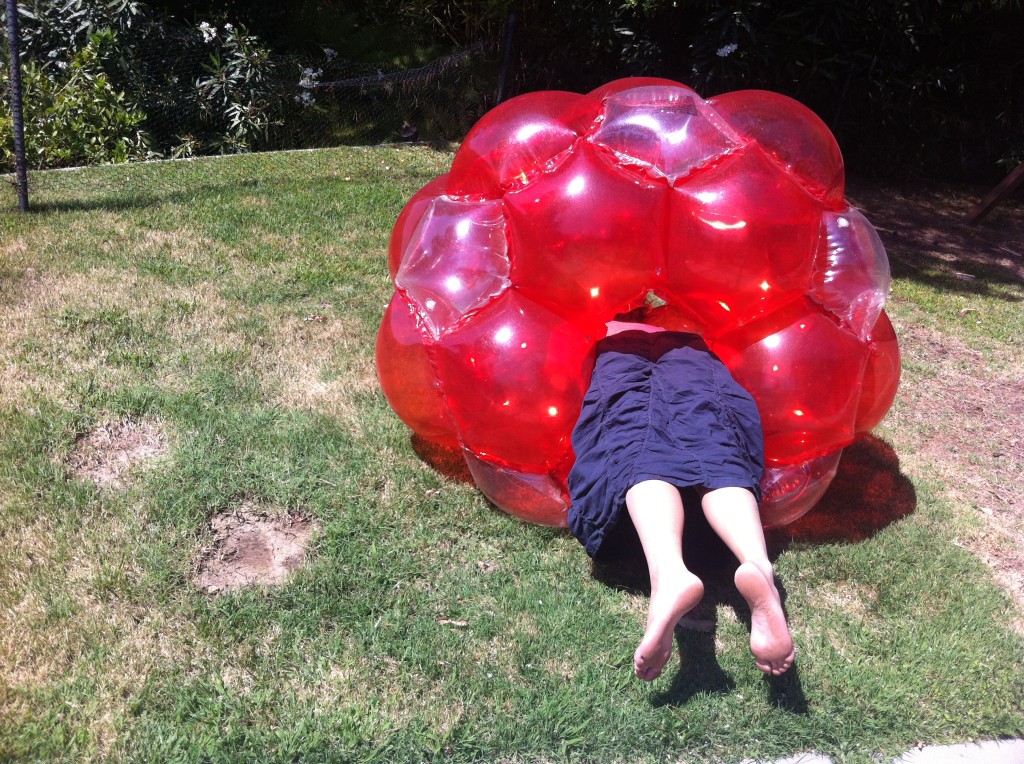 This is how I’ve been feeling, this is actually me.

Be gentle to yourself I told myself just like my yoga instructor had just told me in the yoga class I had taken.

It’s easier for me not to drink then I thought. 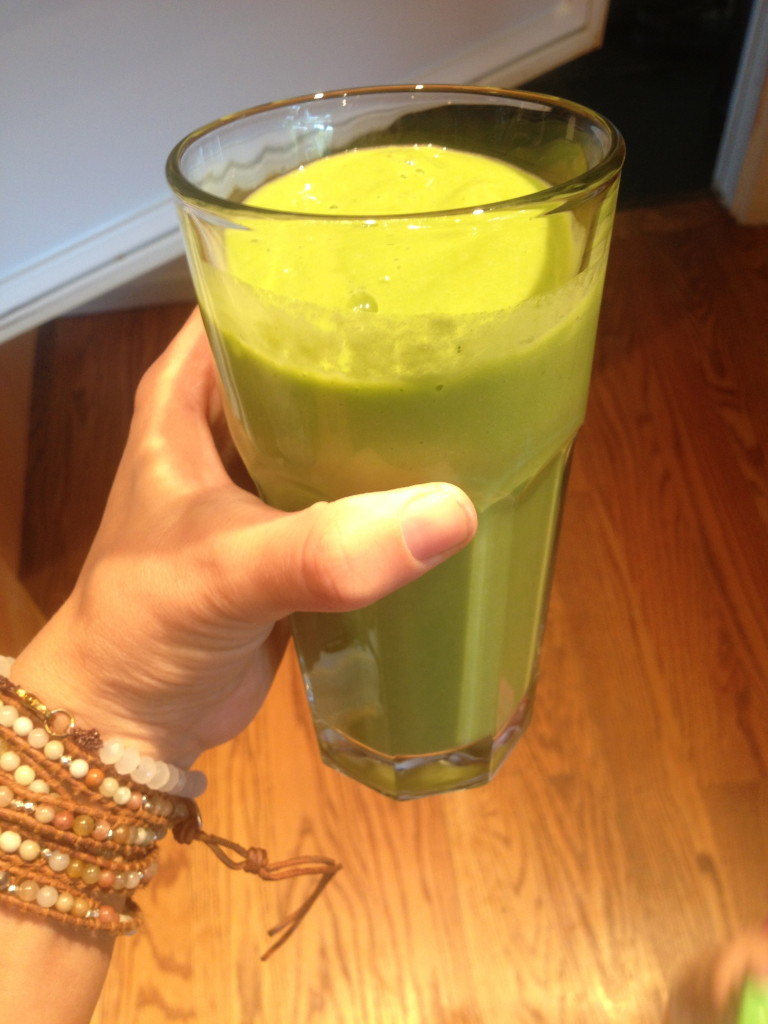 I’m now drinking a lot of drinks from my Vitamix.

Exercising has been fun. I’ve done Zumba, run a 5K, done Lindsay Fonda (that’s where I just try to sweat in my driveway with kids clamoring on me or punching me in the privates at random times of my exercise) and today yoga.

I realize now I need more yoga. I also have realized  I need to keep doing this because I’m not 18 anymore. I like to exercise but because I haven’t been and because I’ve had 3 kids I am out of whack.

My knee hurts from the Zumba so I don’t think I can do that regularly.

I’ve been pretty good about not snacking after 6PM. Though last night I had ice cream and popcorn. Yeah. My adoring husband keeps telling me not to beat myself up. 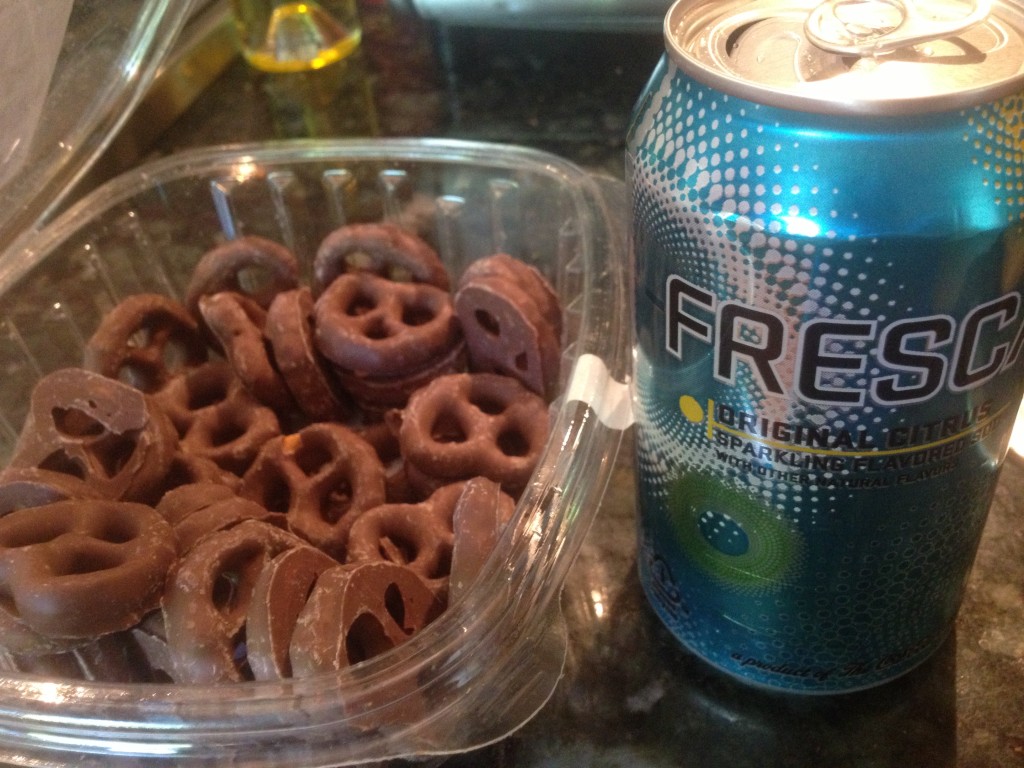 Minor breakdown at 9:30AM one morning. But again, instead of feeling like I screwed up the whole day I just let it go.

I haven’t lost any weight this week but I feel stronger.

I’m still a little grouchy……..hmmmm…….but I told my husband if I feel something painful or something that makes me sad I’m allowing myself to just stand still and feel it. Instead of trying to mask it with a glass of wine at night.

I want to hear what bothers me the most.

How California am I? 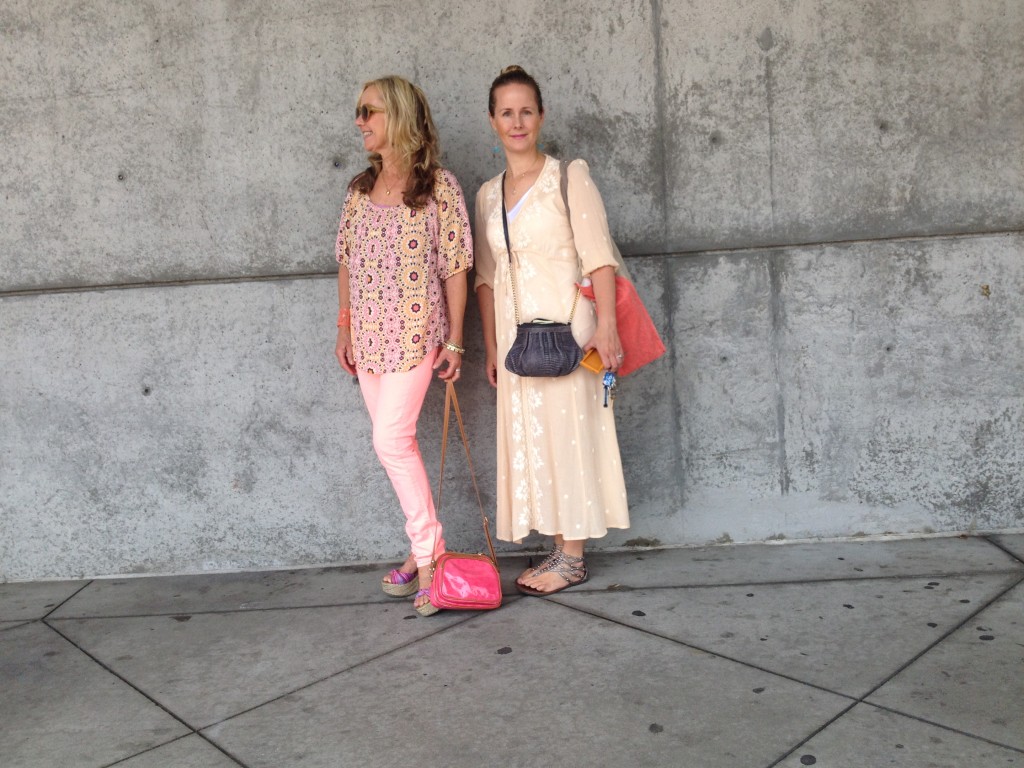 Me and my mom. My exercise role model. Woman looks great for her age. Vitality. That’s what I want.

Today as I lay in Savasana at the end of yoga I felt my heart dip and suddenly my mind went to my friend who died in a car crash 5 years ago. I almost cried.

I know people often cry after yoga. Especially if you haven’t been in awhile.

I didn’t cry but I allowed myself to say in my head I miss you and I haven’t forgotten you. Maybe I didn’t do the exercise right as you aren’t suppose to think of anything but that’s what happened for me. I’ll work on that.

When it was over the teacher said there was going to be a three hour workshop on an upcomoing Sunday titled “Kundalini Yoga for Heart Opening, Love and Creativity” I immediately I had two thoughts.

I returned to the teachers “Treat yourself kindly” lesson for the day. I told my husband about it when I got home, thinking he might laugh at me.

Go for it, I’ll watch the kids he said.

So that’s me one week into the #exmochallenge.

A shady dude at Target thought I was beautiful enough to tell me in front of his girlfriend (akward) and I’m digging deep into what is really going on in my heart.

On the pamphlet for the workshop it says “Yogi Bhajan, the founder of Kundalini Yoga, said that the present Aquarian Age is to be a time of transforming into a heart-centered world. Amplifying this energy even further a new moon in Leo takes place soon. This perfect time to set intentions around love, creativity and the heart…”

If this is what living in LA has done to me I’m OK accepting that :)