I am always personally drawn to the stories of tragedy and triumph in our Expressing Motherhood shows. I suppose I feel connected to them, in a way. We have had so many women share such deep, emotional and often times very raw pieces on stage, I’m left with them for weeks…with a literal feeling of exhaustion…experiencing them over and over through our many shows. I can hardly imagine how our performers feel when sharing these same stories night after night. (Look up Courage in the dictionary and you’ll find any of our performers listed there.)

Kim Hamer shared with us her experience of losing her husband to cancer while leading her three young children through it. She performed her piece perfectly on stage and lived the emotions all over again after stepping off stage. 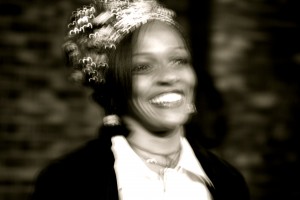 Andrea Meyer read to us her experience through a somewhat late term miscarriage. Andrea is so gifted with her words, her pain felt like your pain…as if you were actually going through this yourself. 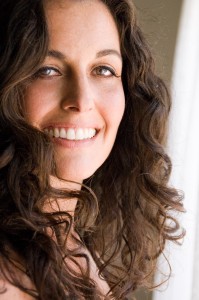 Angela Alexander lost two children in a car accident…while she was out of the country on active duty in the military. She turned her tragedy into a ministry and is inspiring many, many other people to keep putting one foot in front of the other when all seems hopeless. 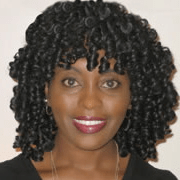 Mona King not only has sung about the craziness of driving a mini-van and leading a life of a marriage and three children, she sang a song during one run of our show about raising a child with severe disabilities. You would have to be inhuman to not feel the insane love she has for that child. 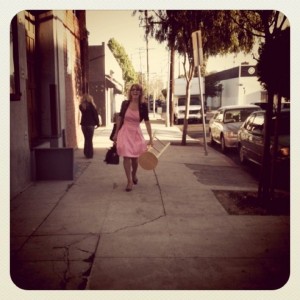 Anissa Mayhew wrote a letter to two of her three children apologizing to them about the attention her third one got so often due to that child’s cancer. Anissa suffered a stroke shortly before our show and was unable to fly to Los Angeles to perform. I had the privilege of reading her letter onstage. Anissa is as strong as she is hilarious. 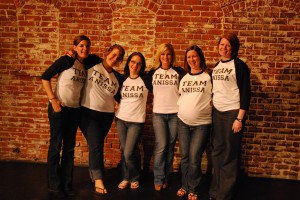 “Team Anissa.” They traveled to LA for the show. 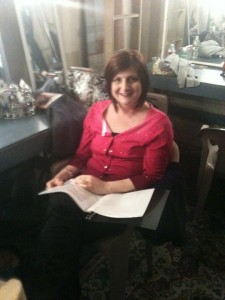 These mothers and so many more I’ve been blessed to meet through Expressing Motherhood, are amazing testimonies to strong, courageous, women.

There is one woman, however, that holds a story that I will truly never forget.

That story belongs to Beth Littleford.

Beth is a two time performer in EM. The first time she stood on our stage, she shared a little piece she called “Letter To My Son’s Future Therapist.” It was as funny as it sounds…but with a serious subject behind it…Postpartum Depression.

Beth and I after our closing night in her first EM show.

It was during that show Beth and I talked a lot back stage. We talked about grief, really. My own mothers death was not too far behind me at that point. She said she knew grief very well, but couldn’t talk about it…not because she didn’t want to but because she couldn’t.

When she came back to perform in the show again..she had found the courage, through healing, to talk about it. Beth lost her father and 12 year old younger brother in a terrible accident while the two of them were off to Alaska on an outdoors trip. Beth recalled detailed memories of the last few times she talked with her brother. At that point, her own son was approaching her brothers age when he died and the conflict of joy and sorrow was still overwhelming.

Beth was dealing with the grief as part a healing process. She was moving forward, sharing and indeed, healing. This is part of the reason why she decided to talk about it on our stage. And we are so glad she did.

I get it. The “sharing in order to heal” part of it.

There are so very many sides to all of the shows we’ve had to pleasure to put up. They are always filled with so many different women with hilarious stories of motherhood that have you rolling in the aisles to somber, humbling experiences like the ones above.

No matter which ones I’m identifying with at the time, I’m always glad we’re Expressing Motherhood.